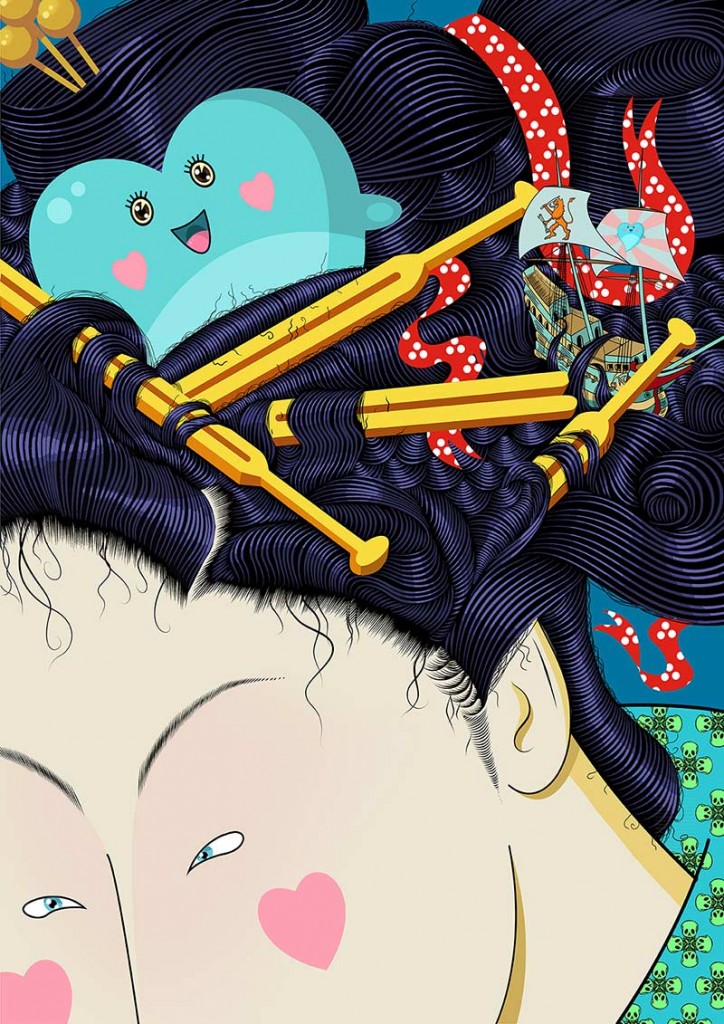 Brighton-based Lee Baker (b. London, 1969) studied Fine Art at Newcastle University.
As a developing artist in the 90′s, Lee produced numerous site-specific pop installation pieces across the UK, drawing on his experience customizing cars and a fascination with manga. His interest in large-scale installations subsequently led to a further development of his skills, working as a scenic artist for The National Theatre and English National Opera.

Having honed his craft as a multidisciplinary commercial artist, Lee’s fine art practice explores stark visions of the indestructible meta-city against the indiscriminate forces of nature.

Drawing on the narrative and scenic elements of film’s such as Katsuhiro Otomo’s Akira, Disney’s Tron and further exploring the idea of a self aware ‘thinking’ city, developed in films such as ‘Tekkonkinkreet’ and Makoto Shinkai’s ‘A Place Promised in our Early Years’, Bakers’ painstaking large-format paintings and installations utilize vivid colour and extreme perspective to ‘build’ meta-cities and architectural environments, often set against a stormy backdrop of ashen clouds, pending night and potential destruction.